Our questions to Felipe, founder of Seek Surf and Paddle-paddle’s partner in Colombia.

Originally from Colombia’s coffee hills in Perreira, Felipe spent his teenage years by the beaches of New Jersey where he learned how to surf. At age 23, he returned to his home country where he decided to develop a tourism project related to his passion with his project “Seek Surf Colombia”. Real expert of the Colombian coast, its surf spots, and of the tourism sector he has been working in for about ten years, he guides Paddle-paddle through their missions in Colombia.

What is a place that impacted your relationship with surfing ?

It was before I started Seek Surf, it was in Ladrilleros on the pacific coast of Colombia. I often went surfing there. My local friends would host me at their places and lend me their boards. It’s off the beaten path, between the jungle and the ocean. It takes about an hour to get there by boat. I remember a particular moment, I was leaving the water after a session, and I had an overwhelming feeling of completion. The beach, the light, the waves, my friends, that feeling rushing through my body. At that moment, I told myself : this is what I want to do. It had a profound impact on me. A sort of moment that brings you back to your roots. Having the opportunity to surf everyday at that place, with those people, opened my eyes and heart.

What is Seek Surf ?

Seek Surf is a national network that regroups the ideas, businesses, and local figures from the Surf community in Colombia. We are here to help surfers, the local companies, who can use this platform as a hub of information. And also for tourists who would like to organise their next surf trip. We have also started a blog in which we are highlighting different profiles, news, and Colombian representations around the world. We are also working on our brand, with a clothing line and different practical products for surfing or the beach. Seek Surf works based on a large set of core values, which are quite bold. It takes time for people to get used to them, but when our projects finally come to light, it is a huge source of pride for us.

Why did you choose to take part in Paddle-paddle’s mission ?

Because it was perfect. It was a calling. When we were informed by La Sierra Artist Residency that there was a french association that was going to deliver surfboards and that there was an educational and artistic project to build, we were like “What ? What do we have to do ?” When we were contacted for Paddle-paddle’s project, we told ourselves it was the exact reason why we created Seek Surf.

Surfing and the ocean are like a playground for kids. But many of them cannot afford a surfboard. Being in the water allows them to express themselves both physically and mentally, and to be aware of the environment. To be in contact with other surfers, different communities, and tourists is a game changer. It opens their range of possibilities in a region where opportunities are limited. Costeno Social, who is leading an educational project in the region, played a big role in the project. We were given the freedom to identify kids, organize the delivery and be a logistical support.

Aurélie Andres, an artist from the Sierra Artist Residency, was working with Posca. We told ourselves : “ Surfboards and Poscas ? Let’s paint boards with kids ! ”. We have noticed that most of the kids who took part in the project are slowly opening up to new ideas. Those are the grains of sand that surfing has left behind. They want to learn english, or begin taking pictures and videos, which is made possible by Costeno Social. And they are also aware of the environmental challenges of this world. We are grateful that we were able to help out with this.

The surfing scene has evolved a lot these past 10 years. There have always been surfers and surf brands, but it was more of an underground scene. Back in the day, I used to go on Facebook and there was hardly anything regarding surfing in Colombia. Since then, the community has grown. Ten years ago, Colombia was not known for its surfing, and we now have a world champion and a few other surfers starting to make waves worldwide. This has allowed many surfers to believe in the development of the industry and their own projects. Officially, a national federation, a few surf clubs and a few ligues were created. To me it seems like there are two main scenes: one is official and the other is more independent.

Seek Surf stands in between both of these scenes. We try to link them together and show both sides of the industry. Generally speaking, there are not that many people at spots. It’s not very hard to join the line-up and catch a couple of waves. For most of us, we know each other and there always is a good atmosphere. The Pacific coast is very different from the Carribean one, more rural, a lot more wild. In the middle of nowhere, filled with heavy slabs. Over there, a mistake can cost you a lot. The locals are used to these harsh conditions. The Caribbean coast and the islands are different. There is more and more outside interference and influence, tourism is growing and access to beaches is becoming easier. However, whether you’re on one side or another of the coast, the variety of spots allows both beginner and advanced surfers to have fun.

How do you develop a surf community ?

There are a lot of ways. In Colombia, every surfer has their own spots and that is what creates the community. There is an underlying necessity to connect all those communities, and that’s what Seek Surf is trying to do. We don’t want to speak on behalf of it, but to give it a platform and a voice. Without knowing how to build a website and with few means, we made it happen thanks to a very motivated team. In the long term, we would like to coordinate more gatherings and events, to connect more people, ideas and brands.

I would like to thank everyone that helped with the project. The original Seek Surf partners, the ones that have joined us along the way, everyone that helped build the brand, the designers, the friends giving us feedback, and the surfers spreading the word out ! Without them, we wouldn’t be here… And it’s only the beginning !

Thanks Felipe for answering our questions.
Join Seek Surf on Instagram, on their website or directly in the Colombian jungle near Santa Marta (come to us for details). 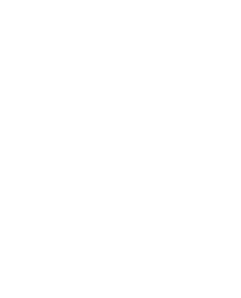 Want to help, drop or say something nice?

Don't be shy and send us an e-mail!